It is common for cars to crash and sag in the process of use. The first thing many car owners think of is to repair by themselves. At this time, they need to repair by hand with the help of car puller. The car puller for sag repair is inexpensive and very convenient to use.

The above is how to use the automobile dent repair puller. The use of automobile dent repair puller can not guarantee the repair effect, and not all dents can be repaired with this tool. The puller is only suitable for repairing relatively gentle dents. Some dents with large or irregular shape need to be repaired with lever tools in professional repair shops. As long as the paint doesn't fall off and the dent depth is within the repairable range, it can be repaired without painting. Once the body paint is damaged, you can only go to the auto repair shop for sheet metal painting! 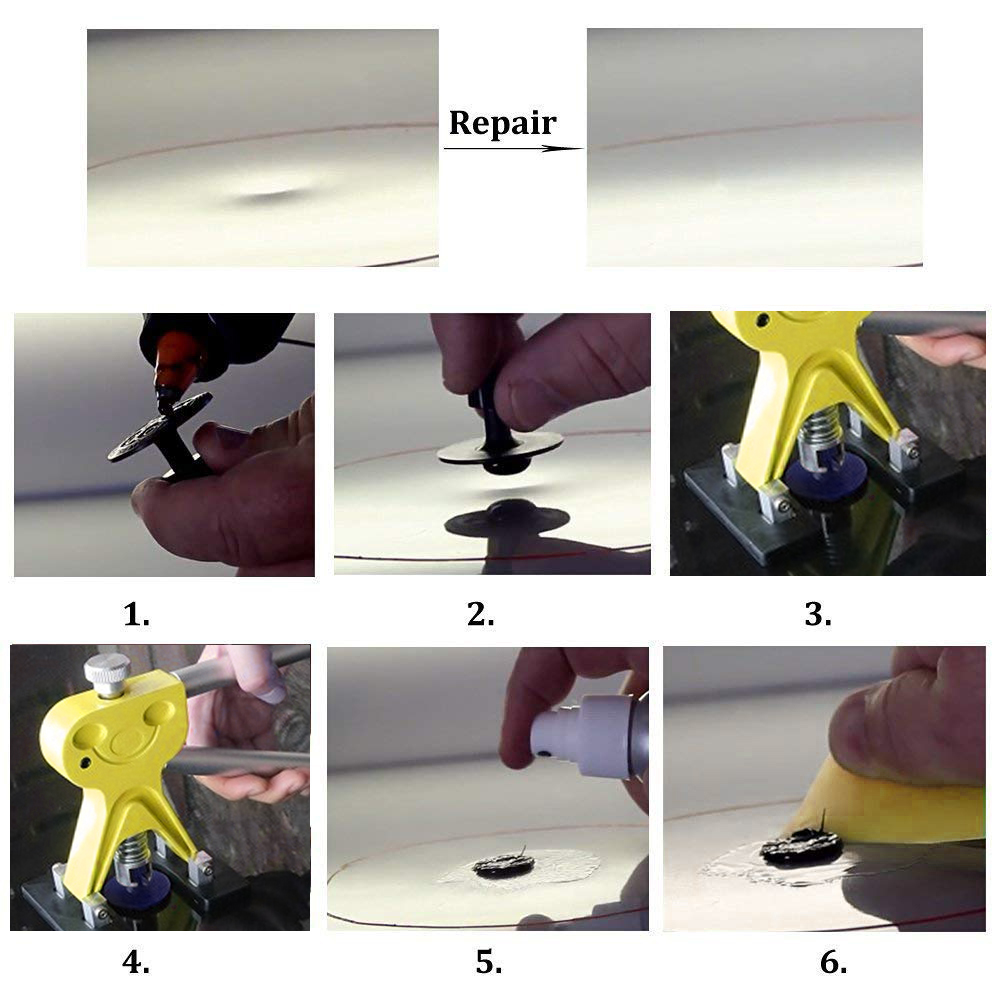